A dance glamor photo is taken with a professional cameraman to produce nothing more than a moment in time that is calculated, scripted and forced. It is an image that is pleasing to the eye, and nothing more. In 90% of all cases, this is an action shot, usually an airborne mid-phrase. A GP is a the still cover from that youtube video up there. In other words, it’s ridiculous.

(Before we begin, this is no way a singling out of Jacob’s Pillow. They merely posted a visual aid; a showcase of the behind the scenes workings we already knew about. It serves as an example, which everyone is guilty of.)

Dance isn’t clean. It’s sweaty, staining, and hard work. The world that glamor shots showcase is not only misleading, but as false and misleading as a model/celebrity cover shoot.

4. GP’s do not accurately represent the abilities of the Dancer.

Utilizing another example from the video, we glance at what we already know. That most people, even the dancers in the photos, can’t consistently execute the moves they present in glamor shots. -and not for lack of talent, but more, for bounty of awkward.

While no one here is going to argue they are phenomenal athletes, at the same time, no one takes a picture of themselves jumping into a pool and sells that as superman. The photos produced by these shoots are unnatural and laughable. Ladies and gentlemen, we derive greatness from singular moments in life, but they are not all spectacular. -and they shouldn’t have to be. Watching the gif above makes us shake our heads, but again, no one doubts the talent here, we only doubt the medium, and the mass appeal of photos that force dances to bow to these antics. There is a grace, and subtlety that cannot be seen in these images. However, these images downplay and fore go all of these things, instead opting for a kind of “So You Think You Can Dance?” gusto. Apparently, that’s all Dance is now. Sure, they can DO these moves, but it’s not indicative of their other talents. Conversely, you don’t even have to BE a dancer to execute one of these photos. All you need to be is flexible and able to hold a position for 1/10 of a second and have a photographer with a fast shutter. These photos are misleading. They don’t ask the subject to be a seasoned dancer, as they are just milliseconds in time, and require only a minute ability to torque in mid-air, because in the cases for most photos like this..

When was the last time anyone in a dance show you saw crossed their legs in mid air and put their elbow on their arm like that? Never, is the correct answer. Sure, the splits is regular staple, but not like this. Not like this. Look at the damn dog. Look at him. They should have shown the part where she had to chase and corral him back. The dog is reduced to a prop, and the dancer is reduced to a marionette, and no one wants to see this sad puppet show unfold for the sake of a few retweets and Facebook “likes.”

Many people will look at this photo shoot and pass it off as a harmless convivial outing. “There’s nothing wrong with this, look at how much she’s smiling!” Fair enough, but where do you go from here? What does this do for dance aside from; “wow, what a great photograph!” Yes, at this point, it is no longer about the dancer. This photo is about the photographer now. It is no longer a “Dance Photo” but instead, a photo. Let’s take this photographer from the above video and look at his website. Here’s his homepage video;

Is this really all people want? A guy walking around with his coffee and his models taking a hundred pictures until he finds one that he can photoshop and fix the color on later while he’s at home? Is this the barrel we want to throw dance in? Is this what it takes to get people interested in dance? Because, frankly..

If anything, the GP gives people a reason NOT to see dance in the flesh. They see these wonderful shoots, and something in the back of their brain clicks and tells them that there is no way in St. Elmo’s Fire that this beautiful dance photo on a beach, or in a field of flowers or in NYC can ever be reproduced on any live-action stage. As far as they are concerned, as soon as they see this photo, they have seen dance. -and this satisfies their interest in dance as well. You see, this isn’t the same as someone seeing a picture of the grand canyon and saying “oh, I want to see that!” It’s not the same because the GP is NOTHING. It’s FAKE. It has ceased to be! It’s a moment in time that existed solely for the purpose of the photo itself, it is without a soul, and thus, can never be visited or even speculated on. It is a great photo, and nothing more. You can look at a picture of someone skydiving and say, “I can do that!” You can look at an action photo of someone running, cycling, playing sports, and to a degree, you can do that. But who the hell looks at these and says anything other than “oh, that’s a good shot?” There, you’ve seen a brilliant photo, and unless you’re a trained dancer yourself, in all likelihood, you have no urge to dance or go out and try a dance class or see a dance show. You might as well be thumbing through “Mystical Sea Creatures of the Deep” by Nat Geo, because it’s about as relatable a subject to Joe and Jane Schmoe. 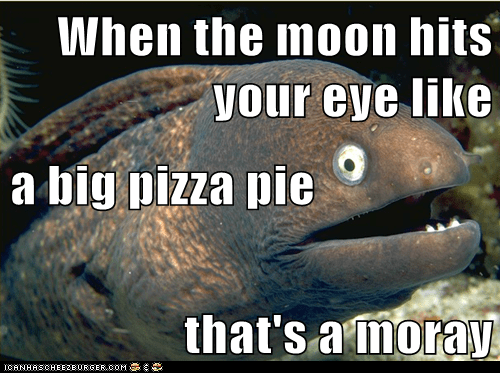 -and dance, particularly modern, needs Joe and Jane Schmoe right now. (-and not just because they make a great Nutella Sticky Bun!) What they DON’T need to see is an image of someone more capable than them in an area more interesting than where they’re sitting now. Hey guys, the pantheon is out of your reach, slump back into your couch and turn the page. These dance pictures are pretty, the dancers have talent, the photographers have talent, but where do they get us, and what do they do for dance? Dance today is competing with the instant gratification of the internet, and it’s losing, as more dance is marginalized. It will take a more innovative kind of content than a one-shot, flash in the pan glamor photo to get people back in the seats.